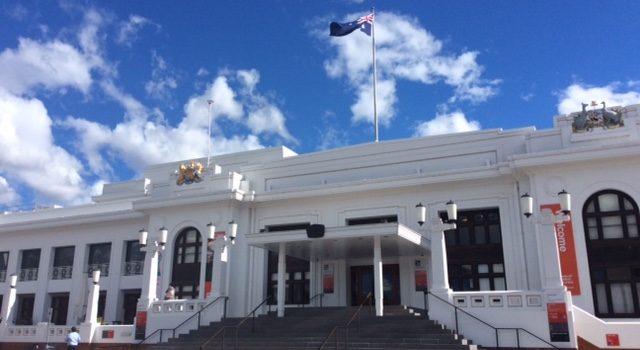 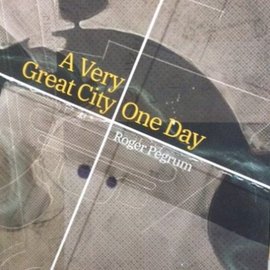 In his memoir, A Very Great City One Day, well-known Canberra architect, Roger Pegrum, intersperses stories of his family background and personal, academic and professional life, tracing times from his arrival in Canberra as a 10-year-old with his twin brother, Tony (who also became an architect). The family settled into the new Canberra suburb of Narrabundah. Roger and Tony were born in the Federated Malay states (now Malaysia). Their sister Carole was born in England in 1946, but seeking a better life, in 1948 the family moved to Australia where their engineer father, Ted, worked on developing Canberra’s water system; their mother, Eileen, was employed at the British High Commission.

In those early days Canberra was quiet. With a population of around 15,000, there were no footpaths, few sealed roads, households received home deliveries of bread, milk and other necessities, and ice chests, chip heaters, Kookaburra fuel stoves and copper laundry tubs, were the norm. But community and social spirits were high and Roger soon became attached to this ‘very beautiful place’, enjoying opportunities for outdoor activities so close to the Australian bush.

In the book’s foreward, former The Canberra Times, editor, Jack Waterford, notes Roger’s ongoing influence on the national capital’s look, feel and setting, and his ability to harness design to complement and maximise enjoyment and economical use of the city. Roger’s record is acknowledged in helping to create the living national capital, including through public buildings, dwellings for a variety of tastes and needs, and as a government architect, teacher, writer and promoter at local, national and international levels. Roger describes his studies in Sydney, early work in planning and developing public buildings and places in Canberra when employed by the Works Department, overseas travel, ventures into private architecture and return to academia to teach architecture and design, and further forays into private and government work, often experiencing ‘heady days’ when architects, designers and engineers worked through the night on remarkable projects. His reminiscences of playing hockey, enjoying music, theatre and 1960s visits to the popular Lumby’s basement café in Civic for ‘cappuccinos and Danish pastries’ are reminders of simpler times in the national capital. He notes that Canberra’s population in 1962 was 70,000.

The establishment in 1957 of the National Capital Development Commission (NCDC) was significant. With John (later Sir John) Overall as its first commissioner and Peter Harrison the first chief planner, the NCDC came to control Canberra’s planning, development and construction from 1958 (until self-government in 1989). Many drawings, photographs and sketches are featured in this book, its pages punctuated with many recognisable names from the architecture world including Canberra’s first resident architect, Ken Oliphant, Peter Hall (who took over from Jorn Utzon on the Sydney Opera House project), Rudi Krastins, Theo Bischoff, Dirk Bolt, Theo Hirsch, Enrico Taglietti, Romaldo Giurgola, Col Madigan, Christopher Kringas, Roy Grounds, Harry Seidler, Neil Renfree and Ken Woolley.

While Roger’s first project involved designing a concrete, corrugated iron and chain-wire dog pound he went on to bigger and better things including as project architect for the Hughes primary and infants’ school in 1961, and assisting Sir William Holford in designing Anzac Parade (when the Kings Avenue Bridge was near completion). Years later, he undertook projects at Government House which were well received by the then Governor-General and his wife, Bill and Dallas Hayden, and, through the Department of Works, he was often in charge of provisional parliament house projects. One of his most innovative (albeit a bit challenging) briefs seems to be designing warm shelters for police officers whose duties entailed standing at all hours outside the Soviet and Yugoslav Embassies.

Over the years, Roger designed many public buildings including schools, and even TAB outlets, as well as privately-commissioned innovative homes and dwellings. The ACT government architect, Catherine Townsend wrote recently in The Canberra Times, that Roger’s ‘architecture exemplifies a number of signature characteristics, the most central of which is response to place and context’ [which is] ‘in tune with the bush capital’, and that he has shown that he can work ‘at all scales (from light fittings to city design) and in multiple voices: public works, private practice and academe’.

Roger’s description of 1960s plans for amenities in newly-developed Woden-Weston Creek demonstrates the painstaking work of our architects and planners over the years to ensure that Canberra’s communities are well served, and shows these professionals’ quest to transform Canberra into the vibrant city that it is today. And he has documented details of other architects’ works, social and political events and movements, and happenings in the architecture and design world across Australia and internationally, throughout various eras. A Very Great City One Day refers to many publications of interest to those keen on learning more about aspects of Canberra  –  Gavin Souter’s Lion and Kangaroo (on the first years of the Commonwealth); Experiments in Modern Living (in which Milton Cameron provides a catalogue of houses built in Canberra in 1950-1970 for scientists or academics at the Australian National University or the CSIRO at Black Mountain); Pamela Statham’s, The Origins of Australia’s Capital Cities – being some.