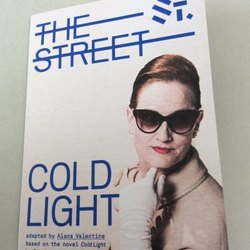 Hardly surprisingly, Cold Light (the third in the Edith Trilogy) by acclaimed writer, Frank Moorhouse, was a Miles Franklin Award winner. Set in 1950s-1960s Canberra, 700-page Cold Light makes for superb reading. Its main character, Edith Campbell Berry, has extensive experience in working for the League of Nations (before its collapse) and years living overseas (including in Geneva) with her British diplomat husband, Ambrose Westwood, where their work seemed to help save Europe during World War II. Presumably such credentials would stand her in good stead for a glittering career in Canberra. But despite this and having friends such as former High Court Chief Justice and one-time Liberal minister, John Latham, and former Prime Minister, Stanley Bruce, no one offers her a job worthy of her abilities. Residing in the former Hotel Canberra (now The Hyatt) with Ambrose, various sagas surrounding Edith’s long-lost communist brother, Frederick (“dressed something like a Welsh miner on his way to chapel”); his comrade and lover and hotel chamber maid, Janice; and a German friend, Amelia (who prudently it seems poses as a Dane in this post-WWII era), herald what’s ahead in terms of tales of coincidence, intrigue and humour. Edith and Ambrose’s unorthodox lifestyle features too and certainly his “velvet gentlemen’s smoking jacket and clubbish leather slippers” contrast with Frederick’s proletariat attire. Moorhouse captures the characters’ actions and thoughts beautifully. And for those Canberrans keen to be reminded of earlier times Canberra, descriptions of the city as “unfinished”, “make-believe” or a “not a city in a world that may well fall apart again into war any minute” seem to resonate, as does: “…Everything in Canberra seemed prefab.” Now showing at The Street Theatre, Alana Valentine’s adaptation of Cold Light, sees acclaimed actor, Sonia Todd starring as Edith; Tobias Cole as Ambrose; Kiki Skountzos as Janice and Amelia; Craig Alexander as Frederick, and Nick Byrne as several characters including a local mayor officiating at the burial of Edith’s and Fred’s parents’ ashes. Byrne also plays former Prime Ministers, Robert Menzies, and Gough Whitlam, while Gerard Carroll is Edith’s next husband, Richard. With artistic direction by Caroline Stacey, costumes by Imogen Keen and a set by Maria T. Reginato, Saturday’s opening night performance showed that the stage version could be just as enjoyable as the book. And the audience certainly appreciated seeing Frank Moorhouse on stage at the end.