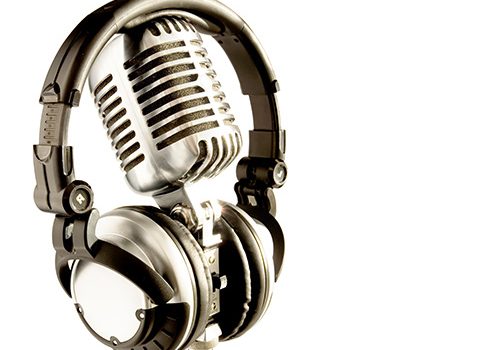 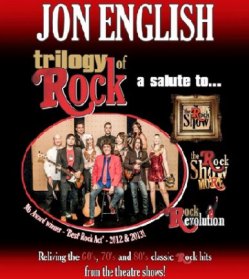 Jon English and his eight-piece band’s Trilogy of Rock at Queanbeyan’s Q Theatre served as a reminder of Australia’s wonderful depth of talent. Their renditions of 1960s, 1970s and 1980s music of The Rolling Stones, The Who, The Kinks, The Beatles, The Easybeats, Pink Floyd, Queen, AC/DC, Joni Mitchell, The Doors, David Bowie, Billy Joel, Alice Cooper, Deep Purple, Tina Turner, Janis Joplin, Bob Dylan, The Eagles, Simon and Garfunkel and The Mamas and the Papas, made for a fantastic night enjoyed by the very enthusiastic crowd. http://www.jonenglish.com 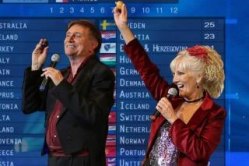 What gems Canberra has in local entertainers John Shortis and Moya Simpson, demonstrated recently at their Eurovision Song Contest show at the cosy Teatro Vivaldi – ideal on a cold Saturday afternoon for cabaret and high tea (or later for dinner). S&S entertained an enthusiastic audience with their well-researched anecdotes about Eurovision’s history, singers, groups and songs, the brilliant scripting and witty commentary from John, complementing the fabulously rich and versatile voice of Moya. Myriad stories were told including those on Domenico Modugno’s 1958 rendition of Volare, Sandie Shaw’s 1967 Puppet on a String, the emotionally-charged Estonian massed choral performance of banned national songs in the face of Russian occupation, or Abba’s 1975 win with Waterloo. 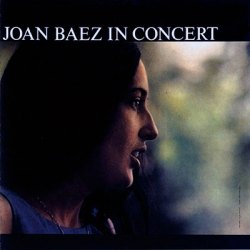 Iconic singer, songwriter and civil-rights activist, Joan Baez, enthralled us audience members at Canberra’s Royal Theatre in September, performing a great mix of songs including those from Dylan, Tom Waits and Woody Guthrie, covering the sixties to more contemporary times. Accompanied by her son, Gabe Harris (on percussion), the multi-instrumentalist and songwriter, Dirk Powell, and at times, the very talented, Grace Stumberg (on vocals), Joan’s voice, songs and messages, were inspirational. As Gillian Lord noted recently in The Canberra Weekly: “She sings with a sincerity that goes straight to the heart…the notes don’t soar as high, but she uses her voice wisely and she has an evergreen, thrilling resonance.” Her final piece, Eric Bogle’s And the Band Played Waltzing Matilda, was an appropriately-poignant end to a wonderful night’s entertainment. 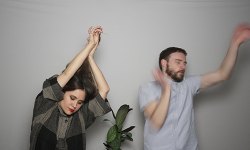 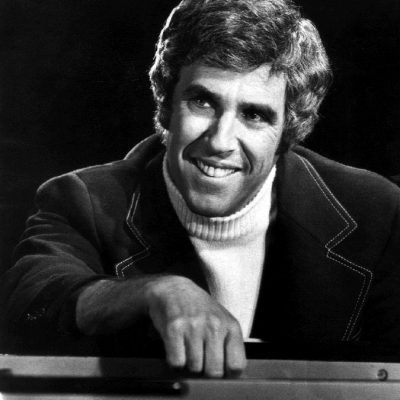 Renowned American singer-songwriter, pianist and record producer, Burt Bacharach http://en.wikipedia.org/wiki/Burt_Bacharach  and his talented singers and musicians received rapturous support from an enthusiastic (though small) audience at Canberra’s Royal Theatre this year. Having composed myriad hit songs (many with the late Hal David) Bacharach not surprisingly was the consummate performer, taking the audience through a broad repertoire of wonderful old songs arranged in medleys including Do You Know The Way to San Jose, The Look of Love, Make It Easy on Yourself and This Guy’s In Love With You, and some from films such as Raindrops Keep Fallin’ on My Head (from Butch Cassidy and the Sundance Kid) and What’s New Pussycat from a film of the same name. Playing the piano, explaining the background to songs (especially the more obscure ones) and singing at times, Bacharach kept the audience enthralled and wanting more, well after his final encore.