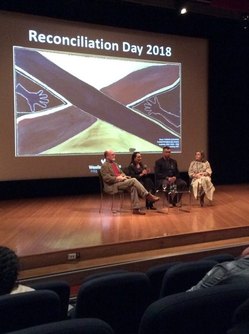 With George Augustus Robinson, Benjamin Duterrau depicted Aboriginal people in his work, and sought to promote peace between white settlers and Tasmanian Indigenous people. The exhibition features a large group of paintings, sculptures, drawings, prints and objects from public and private collections including the Queen Victoria Museum in Launceston, the British Museum and the State Library of New South Wales.  The exhibition runs until 29 July.  https://nga.gov.au/nationalpicture/