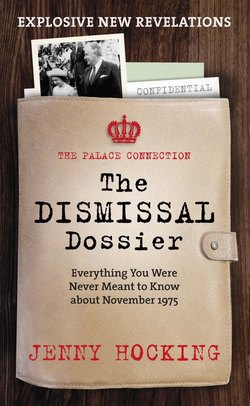 Distinguished historian, Professor Jenny Hocking, will present tomorrow at Manning Clark House, on developments related to the 1975 dismissal of the Whitlam government, and discuss her research into the significance of the “Palace Letters”.  As a researcher at the National Centre for Australian Studies, Monash University, and an inaugural Distinguished Whitlam Fellow with the Whitlam Institute, Western Sydney University, she has received many accolades and also written books on significant figures.

Revelations from the 1975 dismissal continue to come to light. Key correspondence (the Palace Letters), between the then Governor-General, Sir John Kerr, and the Queen regarding the dismissal, are embargoed “on the instruction of the Queen”. In late 2016, Professor Hocking, initiated a Federal Court action against the National Archives of Australia for the letters’ release. The Court’s decision is pending.

Professor Hocking, will outline developments of this landmark case, including the letters’ significance and their Royal embargo. She will also discuss further evidence of British involvement in the dismissal from the records of the UK National Archives, detailed in her book, The Dismissal Dossier: Everything You Were Never Meant to Know About November 1975 – the Palace Connection (MUP, 2017).

Are Robots Taking Over Our Work?