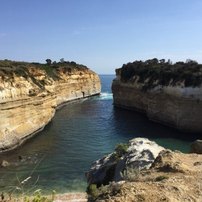 Very popular with many Australians (including Canberrans) and international tourists, Victoria’s Great Ocean Road stretches along the south western coast of the state spanning the Surf Coast (Torquay to Cape Otway) and Shipwreck Coast, further west of Cape Otway. Heritage listed, winding (treacherously so at times) and hugging the coastline, the road was built by Australia’s returned soldiers during 1919-1932, and dedicated to soldiers killed in World War I. Since then, the original gravel track has been transformed incrementally into today’s modern thoroughfare, where the area lays claim to many features and activities such as wonderful beaches, glorious scenery and breathtaking views and swimming and surfing, bush walking and cycling. 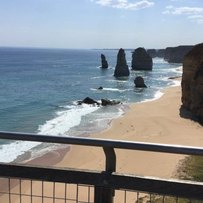 Recently on SBS’s Going Places, Australian actor and television presenter, Ernie Dingo, took viewers around this rugged windswept terrain, highlighting the area’s strong links to various Aboriginal Tribes. Local Gunditjmara/Kirrae Whurrung musician and songman, Brett Clark, whose indigenous ancestors were there well before their lands were taken over by white squatters, described the healing properties of local native plants and Aborigines’ specialised farming and fishing techniques. Apart from a helicopter ride over the renowned, massive limestone 12 Apostles (though they are fewer in number now due to erosion) towering over the swirling waters of the Southern Ocean in Port Campbell National Park, Ernie talked to horticulturalist and chef, Kylie Treble, hearing about her sustainable food-producing property and getting to sample beetroot falafel. He later saw the Apostles up close, with charter boat operator, Phil Younis, as they negotiated the dangerous unpredictable ocean waters. 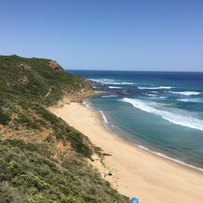 While Anglesea, Torquay and Lorne have long been popular tourist destinations, Aireys Inlet, Wye River, Fairhaven, Skenes Creek, Port Campbell and Peterborough are busy nowadays, especially in summer. Whether it be Melbourne day trippers or visitors from further afield, busy beaches, cafes, galleries and car parks testify to the region’s popularity. During winter, bush walkers can hike in the cool temperate rainforests of the Otways, and locals are welcoming of visitors (though some might pine for earlier times when they had these little villages to themselves). 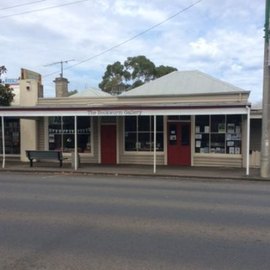 Torquay is a four-drive from Warrnambool and with a population of approximately 32,000, it’s the largest Victorian centre west of the major cities of Ballarat and Geelong, and a major commercial and tourist centre. Just 30 minutes’ drive from Warrnambool is the charming town of Port Fairy, renowned for boutiques, cafes, galleries, fishing activities, and tourist attractions, such as hosting a four-day folk festival each March. A detour worth taking on this excursion includes visiting the town of Koroit, known for its potato farming, and where it’s hard to miss its strong Irish influence which is evident in local churches and other historical buildings. Given its diversity in attractions and blend of beach and country, the Great Ocean Road is an enticing place to visit.